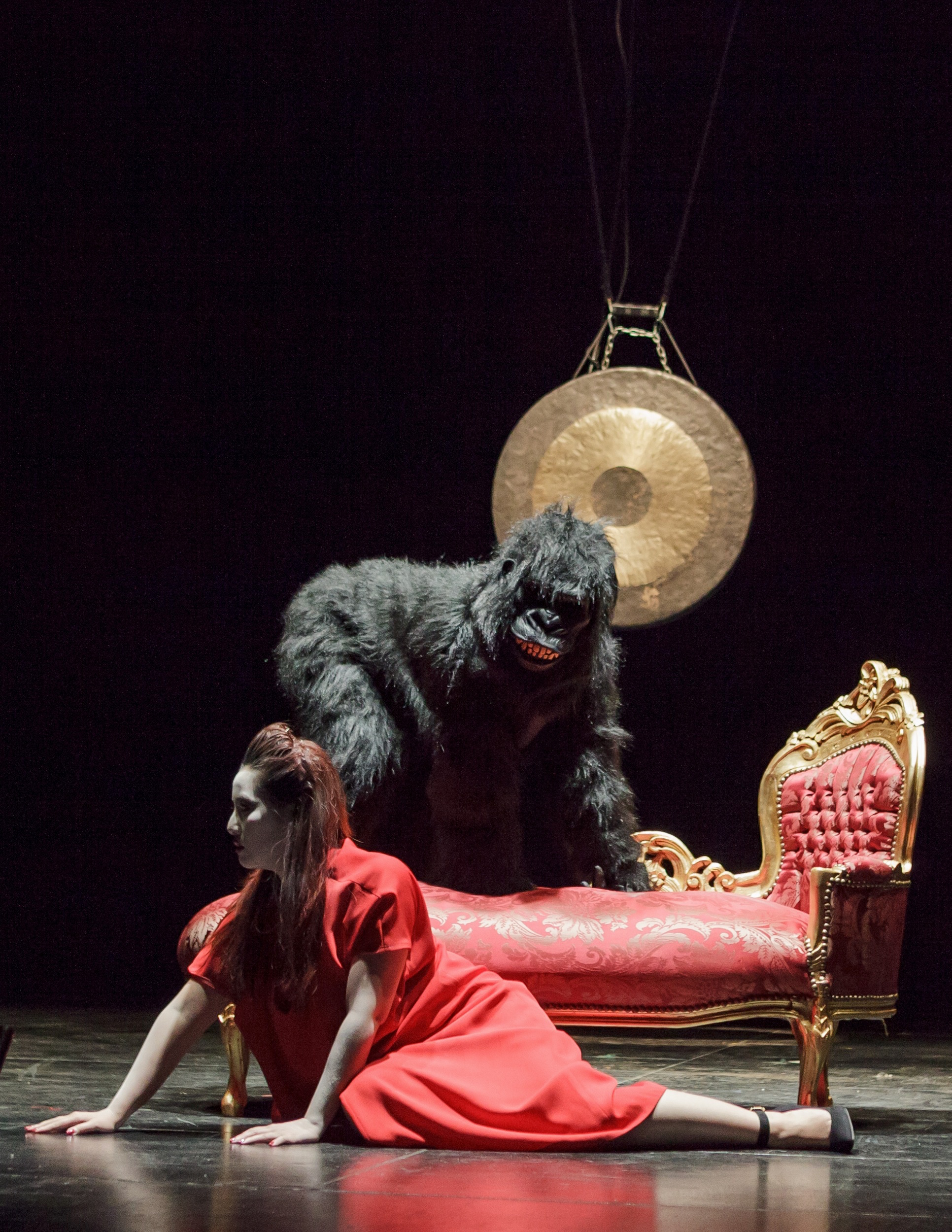 the eyes of the gorilla like a mirror that makes us tremble in fear from our inner erratic force.
peter hagmann from the nzz comments: the best was the gorilla. a human-sized animal with an impressive, though somewhat gleaming and oddly rigid face, already roaming the aisles in the intermission, at one moment touching a crossed leg to rear up menacingly a moment later – Fritz Faust, who starred in this part, certainly spent many hours in the zoo.➝◼︎ 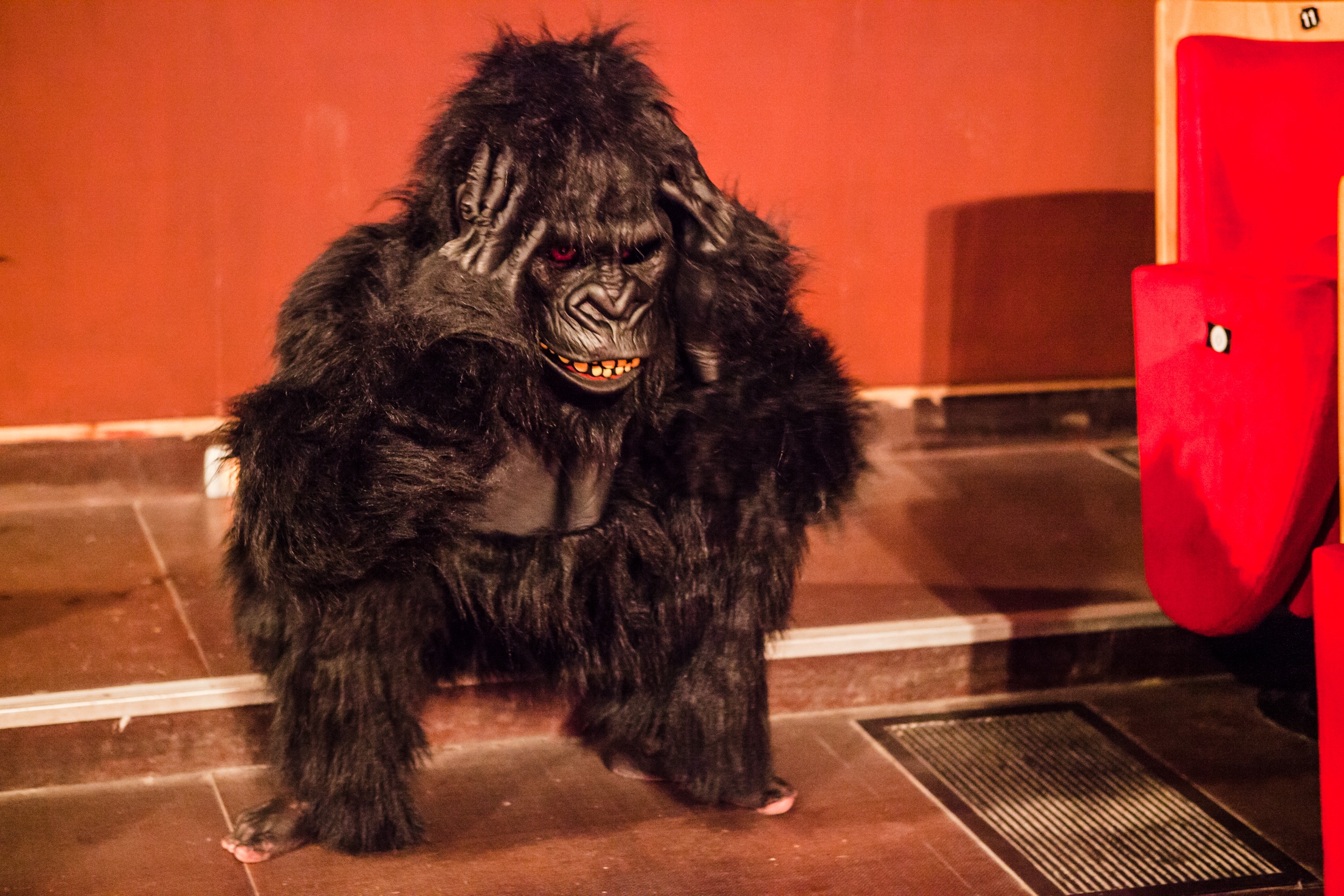